We are Chris and Clive Lee-Peach and, together with our dogs, we live in Widnes, Cheshire – in the North West of England.

Dogs have always been a part of our lives, whether that be owning, training or sponsoring through charities. 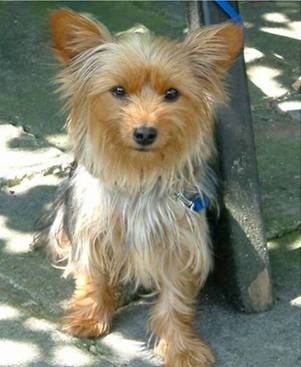 Holly, our beautiful Yorkshire Terrier, came into our home in August 2008 as an eight week old puppy. She is the most outgoing character that we have ever met and her energy knows no bounds, everything is done at 100 mph. She captivates everyone she meets with her welcoming “smile”, whether they are dog or human, she is absolutely convinced that they were put on Earth simply to be her friend.

In early 2009 we felt that perhaps the time was right for us to bring a Golden Retriever into our lives. It was a breed that we had both always loved, but circumstances had prevented us having one until that time. Friends suggested that we might visit shows so that we could appreciate the variations in colour, size head shape etc. And so it was that in April 2009 we attended the NWGRC Championship show at Clayton Green. It was the first of many shows attended during that summer and we soon realised that we were particularly drawn to the dogs bred by Mary Common of Crossview Golden Retrievers. We also felt that we really would like to become involved in the show world, if only somebody would be brave enough to entrust us with one of their babies. 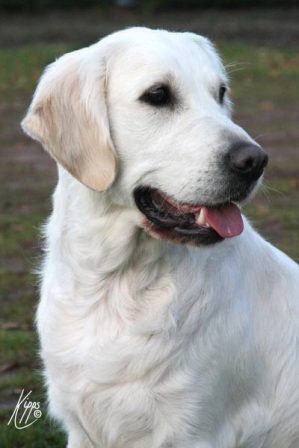 Our fortunes have naturally been mixed, we were after all complete novices. But as our experience has grown, so our placings have improved. We have never forgotten the enormous faith that Mary showed in allowing us to represent her kennel in the show ring. She always told us that Skyla would come into her own when she was 2 – 2½ years old, and so it has proved to be. We think that she has matured into a lovely young lady, and now has her own set of admirers. 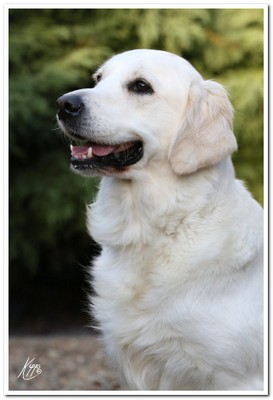 In 2012 we decided it would be nice to have a playmate of her own size for  Skyla.

Whisper joined our family in June 2012.  She is very sweet and  gentle.  Her main ambition in life is to be friends with everyone.  She is a joy to live with, and not a day passes without her making us laugh and smile at her. 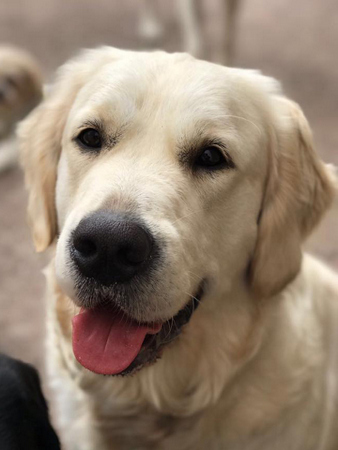 The next addition to the family is Orlagh, born 25th October 2015.  She is Skyla’s daughter . 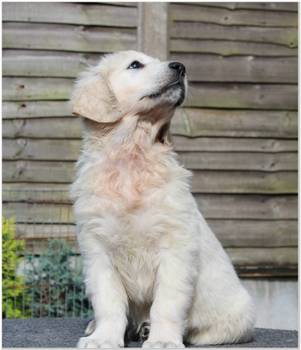 Our latest arrival is Will O’ The Whisp aka Willow, born on 9th May 2017.  Whisper is her mother. 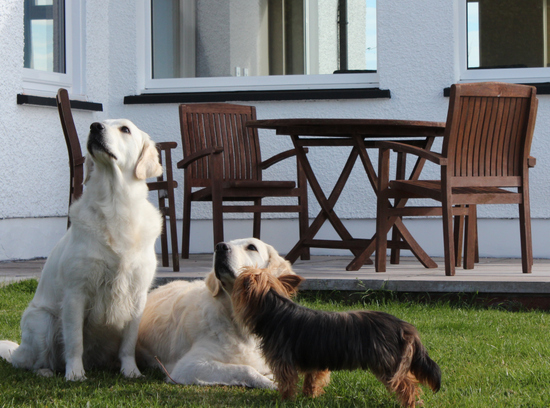 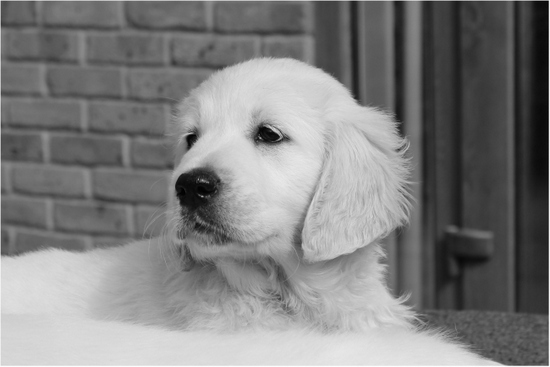 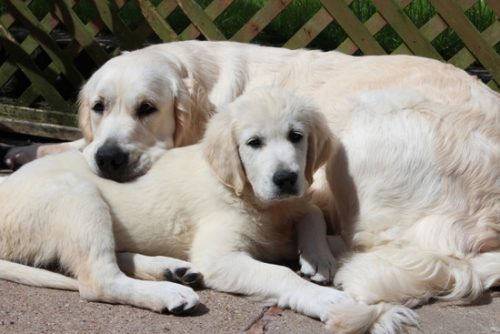 When God had made the earth and sky, The flowers and the trees.
He then made all the animals, The fish, the birds and bees.
And when at last He’d finished, Not one was quite the same.
He said, “I’ll walk this world of mine, And give each one a name”.
And so He travelled far and wide And everywhere He went,
A little creature followed Him Until its strength was spent.
When all were named upon the earth And in the sky and sea,

The little creature said, “Dear Lord, There’s not one left for me”.
Kindly the Father said to him, “I’ve left you to the end.
I’ve turned my own name back to front And called you dog, my friend”.
~ Author Unknown ~

“When a Golden enters your life, it steals a piece of your heart. When it leaves it doesn’t give it back..”